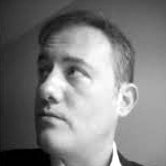 Graduated from Boğaziçi University and earned a BS degree in Engineering. After graduation, he pursued a career in marketing with The Bosch Company. As a product manager, he led a digital marketing initiative that was chosen as the most innovative project of Bosch Worldwide. In 1999, he received a scholarship from the Cass Business School and moved to London, where he was awarded an MBA degree. Between 2000-01, worked as a new media consultant in London and served clients such as WPP’s Hill & Knowlton, on assessing and forecasting the impact of digital media on marketing communications industry.

In 2003, Can Saraçoğlu co-founded Litespell, a next generation interactive marketing communications agency with full-service capabilities. The agency designed and developed the first viral marketing campaigns of Turkey. As the co-founder and MD of Litespell, Can Saracoglu has served leading brand owners such as: Procter & Gamble, Kraft, Honda, Henkel, Red Bull, Allianz, Opel, Nokia, The Coca-Cola Company, Kimberly-Clarke, Group SEB, L’Oréal, Microsoft and Nissan. The agency also functioned as a Technology Holding Studio, which invested in online gaming, new media platforms and social networks. One of the spin-offs; a social site for the fans of TV series, Dizifilm.com was acquired by MedYapım in 2008. Eventually, in 2010, Litespell was acquired by Publicis Groupe and renamed as Publicis Modem Turkey, where Can Saraçoğlu acted as the Managing Director of the company.

In 2014, Can Saraçoğlu co-founded String Ventures.